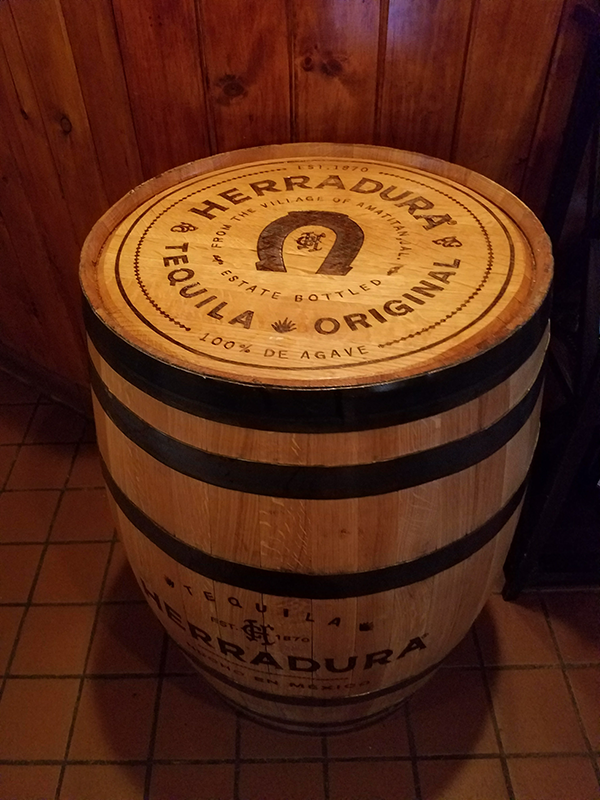 Tequila is made by distilling the fermented juice of agave plants. It is descended from pulque, a favorite alcoholic drink of Aztecs and other Indian tribes. Agave (taken from the Greek, meaning magnificent), a prehistoric plant, is a spicy leafed member of the LILY family. It is not a cactus.

By Mexican law, tequila is produced from blue agave only, one of Mexico’s hundreds of varieties of agave. Mezcal, on the other hand, can be made from other species of agave. Tequila is a specific type of mezcal. All tequila is mezcal, but not all mezcal is tequila. Tequila is produced in specifically designated regions of Mexico, most notably Jalisco. The more elaborate bottled tequila sometimes contains a “worm”, a caterpillar like bug that bores into the plant. The survival of its body, intact, is said to be a sign of the spirit;s high alcohol content and the consumption of the worm an enhancement of manliness.

Colorless tequilas that are matured for only a few weeks. Others may be colored and softened on the palate with a caramel or almond essence.

Colorless tequilas that are matured for only a few weeks.

Matured in oak casks, often from Kentucky bourbon distillers, up to six months.

Matured in oak casks, often from Kentucky bourbon distillers, for at least one year.

Matured in oak casks, often from Kentucky bourbon distillers, for at least 3 years and occasionally 8-10 years.